This hit ITV2 show has engrossed the nation yet again, but what is it really doing to our mental health?

Whether you’re open about it or not, it’s hard to deny that this summer we’ve all been glued to Love Island.

Love Island, essentially, is that trashy friend you haven’t seen since the noughties. She’s cropped up again from nowhere, and no matter how much you ignore her, she’s staying. Except now she has a few millilitres of lip filler and pushes fit teas and charcoal tooth whitening on Instagram.

She’s to blame for the catastrophic damage done to our social lives between the hours of 9 and 10 (at least we get a break on Saturdays). Yet, you can’t just watch Love Island – you have to devote yourself to it. There’s always the in-depth analysis of last night’s episode at work the next day, and the crushing FOMO if you’ve had to miss it one night. Continuously stay up to date with the gossip is time-consuming – and updates faster than Primark’s design team trying to find the next shite catchphrase to whack on a t-shirt for a fiver.

Although it is easy to take the piss, the true impact of the show, both on contestants and viewers, is far more deep-rooted than it initially appears. This year’s show has pushed the conversation about mental health pushed to the forefront – and with good reason.

According to a survey by the UK’s Mental Health Foundation, every week, 1 in 6 adults will experience a common mental health problem such as anxiety or depression. aOn top of this, a massive 1 in 5 have considered taking their own life. The tragic suicide of Series 2’s Sophie Gradon in June – only a few weeks into this year’s series – made us all take a step back and forced us to pay closer attention to the implications of the show.

Past contestants like Zara Holland – who ultimately lost her Miss GB title in 2016 for choosing to have sex on the show, because, y’know, we’re obviously still living in the Stone Age – have opened up about their struggles with their own mental health as a result of appearing on Love Island. On further reflection of this year alone… no bloody wonder.

The producers from ITV2 have found themselves under fire multiple times for their arguably harsh treatment of the islanders. They’re often thrust into vulnerable situations – including Dani Dyer being shown misleading footage of boyfriend Jack Fincham’s ex coming into the villa without any further explanation – all in the name of entertainment.

Although Love Island guarantees an easy route to fame, it comes at a cost.

This year saw contestants scrutinised for their age, looks, bodies, personalities, how much or how little plastic surgery they’d had, their body counts and how much or how little they were willing to do sexually on national television. Contestants’ old boyfriends and girlfriends came forward to the press to dish the dirt on their newly-famous exes hoping a rag would give them a quick buck or two. Even more unnervingly, nudes were leaked, and pre-surgery pictures of islander Megan Barton-Hanson (who has openly spent around £25k on alterations) circled social media with every man and their dog feeling the need to pass comment. Trial by Twitter can be fucking brutal but, even from an outsider’s perspective, it’s a wonder how ex-islanders have come through the ordeal unscathed.

Unsurprisingly, it’s not just contestants and people in the public eye who feel the weight of the constant criticism thrown about online.

In total honesty, Love Island is a reality show driven by aesthetics. The mould it’s created is not often the easiest to fit. For both men and women, tall, beautiful, tanned and impossibly toned seem to be the key requirements for entering the villa. If an islander – by sheer miracle – doesn’t quite fit that, they’ve got it a whole lot worse on social media (see: the endearingly pink Dr. Alex.)

It can be pretty hard to keep in mind while watching that, in terms of aspirations, it’s not very realistic either. Most of the islanders were scouted (usually via Instagram) and carefully selected to fit such moulds. If speculation is anything to go by, more of the contestants than not have had some form of cosmetic surgery. Don’t get me wrong, all power to ya if you have, but as viewers, it can be confusing to distinguish between what’s real and what’s not. This is where the real problem starts.

As harmless as it may seem to religiously plan your evenings around Love Island, a show so devoted to only showing the most conventionally attractive young people they could find is bound to have a deep impact on its ever-growing younger audience.

In an already appearance-occupied culture, young people are struggling to accept themselves and hold themselves to unnecessarily high standards. According to psychotherapist Emmy Brunner, founder and CEO of The Recover Clinic and WomanToWoman: “We live in a society that profits from our insecurities, and because we’re consistently told that we can look better or prettier, we buy into it.”

Although on the surface it may not seem like a harmful culture to participate in, Emmy explains that: “repeated exposure to these messages is teaching us to nurture an internal bully – because we view ourselves as inadequate, we consistently ‘apologise’ for what we assume are universally acknowledged misgivings.” In essence, by torturing ourselves over not looking like our own idea of perfect, we’re opening ourselves up to the possibility of body dysmorphia, eating disorders and other mental illnesses. Not ideal is it?

As easy as it is to fall prey to these social media vultures, we’re luckily seeing a lot more people embrace self-care and self-acceptance online. Self-care in itself has become a trend determined to win over heavily-filtered Instagram culture. And I don’t know about you, but I’d rather see pictures of my friends happy and comfortable in their own skin, over the Kardashians selling another bastard appetite suppressant lollipop.

Emmy continues: ‘Part of building acceptance, self-love and self-respect is acknowledging that there is no “right way” to look, even if social media, TV shows and adverts suggest otherwise. It’s very empowering to accept that you are so much more than a clothing size or certain body shape.’ 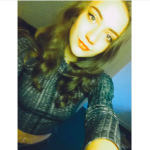