A year ago today, 22 people lost their lives while leaving Ariana Grande’s Dangerous Woman tour in Manchester due to a bomb attack on the arena.

Just two weeks later, Ariana hosted a benefit concert in aid to those who’d been affected by the attack. Selling out within 20 minutes, the event alone raised a huge £10 million, with over £17 million being raised in total.

I attended the concert with my boyfriend who, unlike me, had the underlying fear that something could happen – as I’m sure many other people did that day, too. Manchester looked no different to any other busy city on a bright Monday morning. There was a heart-warming sense of unity as every storefront was decorated with ‘I LOVE MCR’ stickers and citizens were wandering around with cat and rabbit ears on their heads in support for Ariana – the cat ears being a signature look of hers at the time, and the rabbit ears in reference to her Dangerous Woman persona.

But most importantly, I had never felt more safe in my life. There were police officers down every street, within every transport station, and travelling with the concert goers on the trams to the arena. Security checks were thorough and took a while, as expected, and while there were some people who complained about this, I would rather spend an hour (it wasn’t actually this long) doing security checks for every single concert and public event than have another 22, or more, people lose their lives.

Once in the arena, people were handing out badges, stickers, and trying to get Paddy McGuinness and Frankie Grande to wave to them from the top balcony – screams ensued once they did. It was the perfect atmosphere to showcase unity, support, and love for everyone involved. Although most had new songs out, artists focused their performances on empowerment and optimism with Little Mix singing one of their first singles, ‘Wings’, and Katy Perry performing a powerful ‘Roar’.

Despite having gone through the traumatic events herself, Ariana kept a brave face as she thoroughly thanked and mentioned all those who were supporting One Love Manchester and was ultimately made an honorary citizen of the city – which she more than deserves for her efforts.

With the release of her new single ‘No Tears Left To Cry’ being the much needed upbeat anthem of 2018, we’re excited to see what’s the come from the pop princess. Speaking to Jimmy Fallon, she revealed she plans to do ‘something special’ on the 20th of each month until her fourth album, Sweetener, finally drops on July 20th. 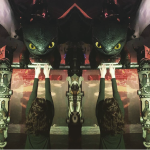